Off the Radar at Visual Arts Gallery, UCSD

The exhibition OFF THE RADAR is a result of a decade long collaboration between artists and researchers from LabCine (Laboratory of Cinematic Arts) based at Mackenzie Presbyterian University, São Paulo,  and the Interdisciplinary Computing and the Arts (ICAM) and Speculative Design Majors from UC San Diego (UCSD). Curated by Jane de Almeida, the exhibition showcases artworks of nine artists as a starting point for a investigation process on the subject of organizational systems off the RADAR, understood in a broad sense.

Considering forms of organization outside of detectable traditional waves, the OFF THE RADAR exhibition reflects on the conditions of existence and organizations that are not easily detected by the radar of institutionality, legitimacy and visibility. RADAR detection systems use radio waves to determine the range, angle, or speed of objects, consisting of transmitters producing electromagnetic waves in the radio or microwave spectrum, and/or passively receiving such emissions via antenna. Radars started being developed just before the World War II, and the term RADAR was coined in 1940 by the United States Navy as acronym for RAdio Detection And Ranging. Modern uses of radar are highly diverse, including air and ground traffic control, astronomy, air defense, anti-missile, marine radars, aircraft anti-collision, ocean surveillance, outer space surveillance and meteorological precipitation monitoring, as well as guided missile tracking and radar of controlled range for surveillance. High-tech radar are associated with digital signal processing, machine learning and are capable of extracting useful information from literally complex detections.

Since then, common uses of being ON THE RADAR means participating in systems by avoiding being ignored and averting the fall into obscurity and disappearance from public view. In the cultural, social and political realms, for example, to be kept ON THE RADAR can be crucial to be established in the globalized society.  Therefore, to be captured by the RADAR is to be submitted to logic and rules of institutional organizations such as media, corporation, government, market and so on. Considering systems that are organized outside the radar spectrum, artists are encouraged to speculate on forms of constitution, to imagine associations, and to think on structures organized outside or deliberately hidden from radars.  After meetings and dialogues on the subject, new works will be presented in São Paulo in 2019, along with a series of lectures.

Jane de Almeida is a visiting professor at the Visual Arts department and a Artist in Residence at the Arthur C. Clarke Center for Human Imagination at UCSD.

Brief introduction of the works of each participating artist:

Inspired by Gertrude Stein to think linear perspective as image orientation sensor in space and time, Amanda Areias presents a visual essay Is there a  ‘there’ there? on the conditions of migrants for whom the place of a stable ground perspective, of belonging and progressing, is replaced with images of vague horizons that blur their directions in paths with innumerable vanishing points.

Conceptualized for Instagram Stories (part of the Instagram platform) as way of incorporating interfacial and network gestures into the narrative of contemporary mass surveillance. Cluster ❤ tells the story of a couple after a breakup through acquired scenes of phone cameras. The visualization and narrativization of a relationship through an emerging technological apparatus is at the core the project intent by Mat Guzzo.

Leandro Oliveira exploring the streaming performance as a conductor of cameras, will broadcast live the work for harp and live electronics from São Paulo to UCSD.

All About Layers is a video installation of Alexandre Sônego that explores the regime of invisibility and the contrast between social classes in Brazil. The work consists of a projection made with images divided into four simultaneous screens showing different Brazilian socioeconomic contexts and the Brazilian crisis captured by international media cameras.

A Radar Detector made by Brett Stalbaum is a rtl-sdr dongle in a metal box, raspberry pi, spectrum analysis software (gqrx), and computer monitor.

Far Beyond Microscopy by Mateus Teixeira creates a grouping of 3D animations of micro territories built through the appropriation of the aesthetics of microscopic photography and its constituent elements such as tissues, organelles, bacterias, etc. on behalf of reflecting on the constant search for the unseen by science.

Brother is the result of a photographic research focused on the intimate moments of introspection and euphoria of a severe autism, subject that is generally avoided or invisible in Brazilian society. By interweaving incongruent clippings and glitches of the images, Vic Von Poser portrays a vigorous conversation from the failure of communication.

Exploring the language of holograms as a serial narrative, Rebecca Zhao tells the story of a trip to Mars by the italo-mexican science-fiction writer Narciso Genovese,  who affirmed he was taken to Mars by Martians in 1956. The small holograms of Reception on Mars aesthetically organize the  fictional “actual” journey inspired by the writer-rider’s drawings.

Fernando e Humberto Campana are artists recognized internationally for their production of design objects with inexpensive ordinary materials. In this exhibition we have the privilege of showing one of their speculative projects held in 2002 in a workshop at Boisbuchet , France. The work The Floating House is a reflection on the human scale and its survival in precarious conditions. Built with inner tubes of old tires and ephemeral materials like straw and tree branches,  The Floating House will be reconstructed as a happening, some days before the exhibition. 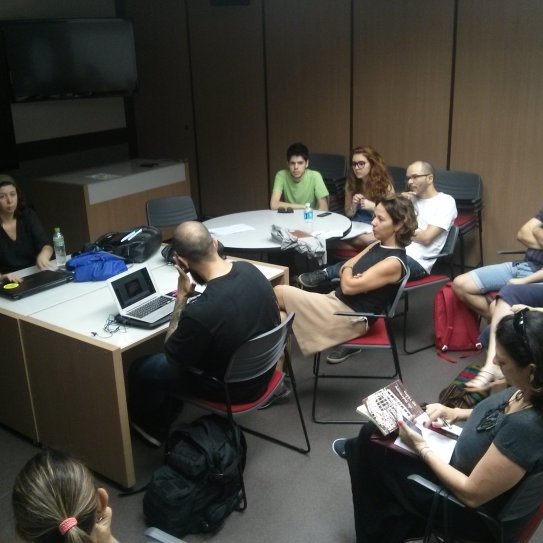 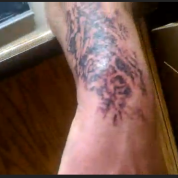 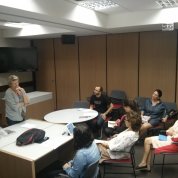 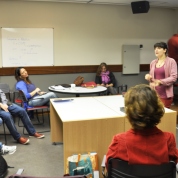 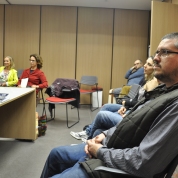 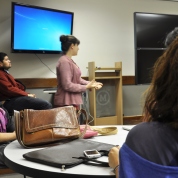 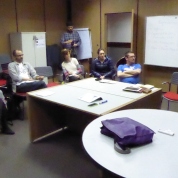 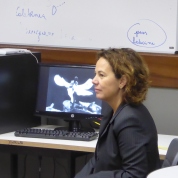 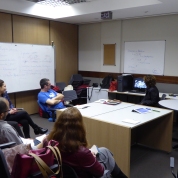 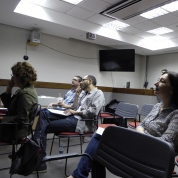 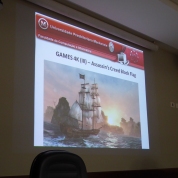 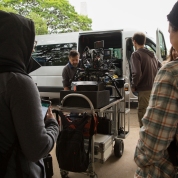